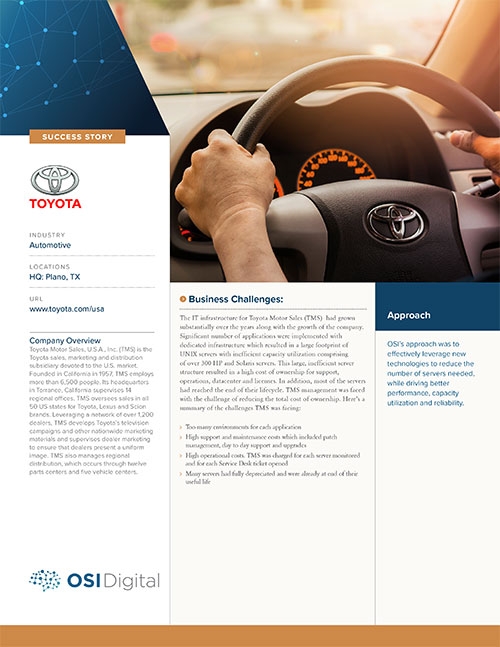 The IT infrastructure for Toyota Motor Sales (TMS) had grown substantially over the years along with the growth of the company. Significant numbers of applications were implemented with dedicated infrastructure, which resulted in a large footprint of UNIX servers with inefficient capacity utilization comprising of over 300 HP and Solaris servers. This large, inefficient server structure resulted in a high cost of ownership for support, operations, datacenter and licenses. In addition, most of the servers had reached the end of their lifecycle.

To download the full success story PDF, please register below.

We're not around right now. But you can send us an email and we'll get back to you, asap.